George Floyd is just the tip of the iceberg – Lesbian.com 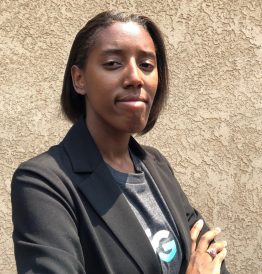 For the past several days I’ve been receiving emails from different groups condemning the murder of George Floyd. Like many of you, I’m angry, I’m frustrated, I’m exhausted. But not just because of George Floyd, or Breonna Taylor or Ahmaud Arbery. I’m exhausted because of the systematic racism and discrimination that I and other Black people have felt for our entire lives in this country.

So many of these emails have stated a few things that have floored me including:

Capitalization.
These may not seem problematic on its face but it is. To the first point, the b in Black should be capitalized. We give the same respect to Hispanic, Latinx and Caucasian people. Why don’t we provide the same respect for Black people?

Standing on the sidelines.
This is 100% problematic because it insinuates two things:

While I’m grateful that more people have woken up, I also notice the timing of these emails have come after the numerous protests over the weekend rather than when the murder took place.

Growing up Black isn’t easy. While most kids get “the birds and the bees” talk from there parents, we have discussions about what it means to be Black in America, how to speak in mixed company, and so on.

– It means being followed in retail stores because they think you’re going to steal something.

– It means being stared at by White people when you’re in a fancy restaurant or staying at a nice resort. I can’t tell you the number of times people asked if my dad played football as if that’s the only way we could be in this position.

– It means watching people hold the purse closer to their body when you walk by or lock the doors to their car because you must be a criminal.
– It means watching droves of White people storm state capitals with rifles freely, while peaceful protesters are tear-gassed, beaten and arrested.
– It means being harassed by law enforcement with or without cause. There’s a phrase for this, DWB: Driving While Black.

As for myself, the situation runs deeper. As a Black Queer woman, there is no part of my identity that can claim a sense of privilege. When I look for respite in the other communities that make up the other parts of my identity, I see mirrored forms of discrimination.

There are groups for women that exclude non-binary and trans women and are predominately geared towards White women.

There are LGBTQ+ groups large and small mostly run by White men, that have just as many problems with race as the larger society does.

To these two groups, I’ve often asked myself the question: is this intentional? Are you just emulating mainstream society as a result of wanting to prove you’re just as good as them? Or is that because you see yourself in the crowd you don’t notice anyone is missing?

It’s not enough to put diverse faces on a flyer and say you’ve tried. That’s the equivalent of putting gender neutral restroom signs in the workplace and claiming you’re now a champion of diversity and inclusion. While well intentioned, if this is the only action taken towards dismantling discrimination, these actions are purely performative rather transformative and is a far cry from true allyship.

I firmly believe people are “waking up” to this injustice because our lives have been stopped by a pandemic and therefore don’t provide the convenient distraction it normally does. So many of these emails have vowed to do their part to end police violence.

For us Black people, we know that will never be a reality. David McAtee was killed by Louisville police less than a week after George Floyd. My hope is for accountability by the people carrying out these murders.

I challenge every single person to take a hard look inside themselves to address the racism or biases they have, the challenges their organizations face and how to do better going forward. Not just at this moment in history.

For those of you who don’t know how to start their journey of introspection, try starting with the Five Whys technique.

I’ll leave you with this quote, “If you think you are too small to make a difference, try sleeping with a mosquito in the room.”