LGBTQ Parents: What Do Your Kids Call You?

I first asked the titular question back in 2011, and more than 300 of you have responded over the years, along with lots of stories about how your parental names came to be—so here’s an updated summary (and a chance to add your own names and story)! 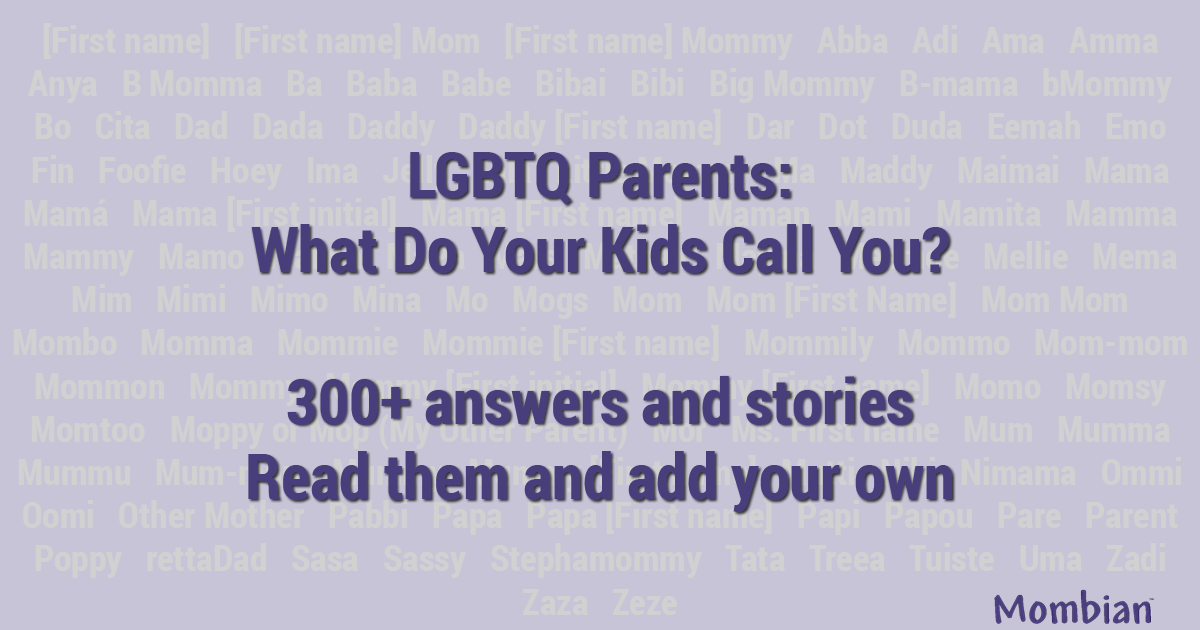 Donors are referred to by name, as “Donor,” “Uncle,” or by various nicknames, including “Batman,” “Popeye,” “The cowboy from Wyoming,” and “Spunkle” (“Special Uncle”). One person even took inspiration from Les Mis.

Below is a selection of the many wonderful stories people have shared, loosely organized by some themes that emerged (my bold). I also encourage you to browse the full results spreadsheet here. If you haven’t yet submitted a response, I invite you to do so through the form below. Results are public, but are anonymous unless you choose to share your personal name(s). Things are a little mom-heavy right now, but I encourage parents (and grandparents) of all genders to participate!

Drew on Their Heritage

Chose to Reflect Their Gender Identity

“Donor” or first names are popular, but also:

Many thanks to all of you who have already shared your information and stories! If you haven’t yet participated and would like to, just fill out the form below. Again, the results spreadsheet is here, so you can go look through the entire list of responses.

Rep. Marjorie Taylor Greene (R-GA) tries to justify her behavior before being…

Each year, Amsterdam hosts the Canal Pride, which is a unique event…