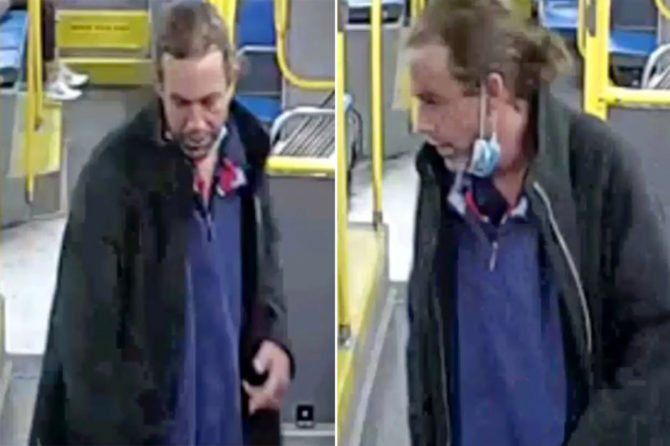 Law enforcement officials in New York City have made an appeal to the public in hopes of identifying a suspect in a hate crime.

The attack in question occurred November 22 on the M23 bus in Chelsea just before 5 PM. Video footage of the encounter taken from security cameras shows the suspect–a middle-aged white man–punching a teenager.

According to the victim–whose name has not been made public–the suspect approached him saying “You have long hair. I don’t like people like you.”

The suspect then added “I hate gay people,” reports The New York Post.

Related: His attackers yelled “f*ggot” as they beat him. Cops say it’s not a hate crime.

The man then followed the victim as he exited the bus, where he then punched the teenager in the face. The man then escaped back aboard the bus which drove off into the night.

The victim refused medical attention at the scene, though he did suffer moderate bruising.

Anyone with any information regarding the suspect or the crime should contact the New York City Police Department Crime Stoppers Hotline at 1-800-577-TIPS.