Now Let’s Actually Look at This LGBT Gallup Poll, Shall We…

I am drinking the coldest ice cold water of my life and you know what?  It is, in fact, refreshing.

Stay hydrated and here’s some things you can read: 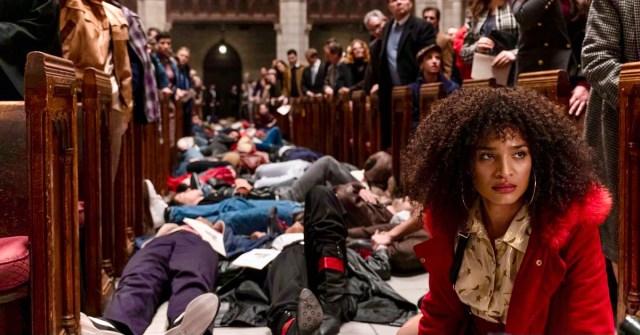 You can also read more about how TV has depicted AIDS activism and ACT Up specifically right here on your friendly Autostraddle.

How TV Stories Have Shaped Our Understanding of AIDS

Tender Judging Care: #TransCrowdFund and the Politics of Desire. “Even before the GoFundMe boom, there was an element of desirability politics in healthcare.”

“I don’t think we should have to live at war with our bodies. I think less misery is possible, and it shouldn’t have to be as suspect as it so often is to simply exist as oneself, to take part in consensual activities, to live one’s life. It can be so lonely to wish to stop wanting what one often cannot help wanting…Kink itself, between consenting adults, does not cause harm. What provably, definitely harms us — and generally hurts us the more marginalized we are — are obligatory scripts about what our bodies should want, are allowed to want.”

The Willful Misunderstanding of Kink by R.O.Kwon for The Cut

Sonia Sanchez Still Has Work to Do. (LOVE SONIA SANCHEZ. Have loved her since I was a little girl. Love LOVE LOVE HER. Ok, as you were.)

All My Friends’ Quarantine Bubbles Are Bursting

Yeah, that’s going to go down better with this: 14 Fixes for Pandemic Monotony

“Honey Girl” Is about a Woman Coming Home to Herself. If you’ve noticed, we have some ads for Honey Girl going on our site and I for one CANNOT WAIT to read this book! This interview between author Morgan Rogers and Bitch Media EIC Evette Dionne is a perfect appetizer.

I was originally hoping that by the time I published this the Equality Act would have passed in the House of Representatives because I love a easy, feel good headline positive, but sadly we are still waiting. So in the meantime:

Any studies out there on the overlap of white supremacists and transphobes? pic.twitter.com/zd0xULXGqk

And so, if you’d like to have that discussion, here’s some things you can be reading while we wait for the vote:

BREAKING: The #EqualityAct has passed the House of Representatives with bipartisan support. We are one step closer to ensuring that every person in America is treated equally under the law. pic.twitter.com/A94SFVfQkz