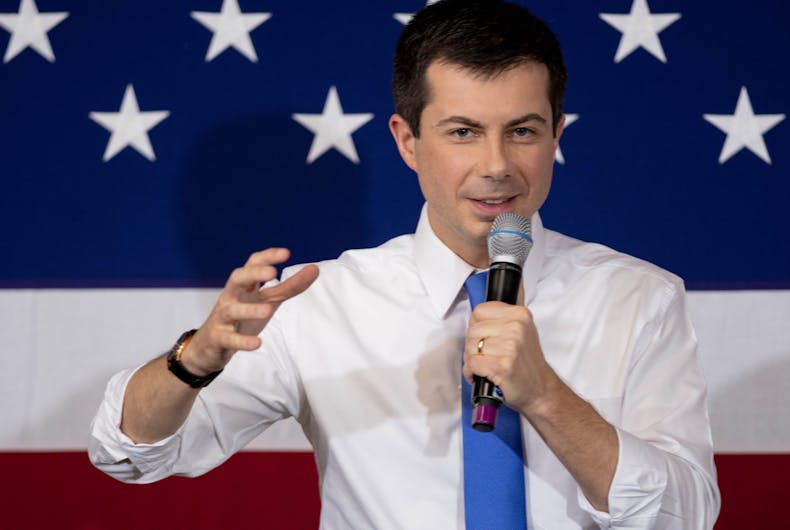 Former presidential candidate Pete Buttigieg will be the first out gay person to be a member of the presidential Cabinet. The former mayor of South Bend, Indiana will reportedly be nominated to be transportation secretary by President-elect Joe Biden.

While President Donald Trump appointed Richard Grenell as acting Director of National Intelligence, a Cabinet-level position, Grenell wasn’t confirmed by the Senate and only served as a seat warmer for the incoming DNI.

The president’s Cabinet is made up of the heads of all the executive branch departments plus the Vice President. Other high-level government officials like CIA director, White House Chief of Staff, and the Environmental Protection Agency administrator, are considered Cabinet-level.

According to D.C. gossip, Buttigieg has also been under consideration for Secretary of Commerce or Housing and Urban Development, U.S. Ambassador to China, and Veterans Affairs. He reportedly wanted to be the U.S. ambassador to the U.N., but veteran diplomat Linda Thomas-Greenfield has already been named to that position.

Biden is famously fond of the former mayor of South Bend, Indiana, saying this past March: “I don’t think I’ve ever done this before, but he reminds me of my son Beau…. It’s the highest compliment I could give any man or woman.” He was referring to Beau Biden, his son who passed away due to brain cancer in 2015.

And in the month leading up to the election, Buttigieg proved to be one of the Biden/Harris campaign’s best surrogates, going viral repeatedly with his no-nonsense responses to Republican talking points in appearances on Fox News.

Still, his job as transportation secretary won’t be an easy one. As the nation has limped through the coronavirus pandemic under President Trump, Buttigieg will be responsible for planning a way to rebuild America’s infrastructure – from rebuilding deteriorating highway, rail, and air systems to salvaging urban transit agencies like New York City and Washington DC’s subway systems.

He would oversee more than 55,000 employees – roughly half the number of people who live in South Bend – if confirmed to the position by the Senate.

Written by 37-year-old queer English writer Yrsa Daley-Ward, who is of both…

Whether you are looking for inspiration, advice on expanding your own family…