I have these Christmas themed Oreos, this bottle of water, and repeats of Gossip Girl on television. This will sustain me.

“This report emerged out of the need to better understand the ways in which Queer, Trans, Two-Spirit, Black, Indigenous, and People of Color (QT2SBIPOC) communities are disproportionately impacted by surveillance and criminalization at all levels—from the state-endorsed to the corporate-led—and to resource these communities to push back.”

Technologies for Liberation: Toward Abolitionist Futures, report from The Astrea Lesbian Foundation for Justice

Lost in a (Mis)Gendered Appalachia. For centuries, national mythology has emphasized rural America’s supposed masculinity. It has caused incalculable damage.

Nothing Made Sense in 2020 — Unless You Were on the Internet by E. Alex Jung for Vulture. This is easily the very best thing I read this week.

The above ^^^ piece is a part of Vulture’s First (and hopefully ONLY) Quarries Awards, a made-up and “ad hoc awards show for the culture that came out of our year in quarantine.” Which Heather Hogan correctly described as follows, “Nothing I’ve seen captures the horror and absurdity and joy of 2020 on the internet quite like this.”

These Lonely Otters Found Love in Lockdown Just in Time for the Holidays. (From Stef, a forever ambassador of team #LoveIsALie: “so glad online dating worked out for SOMEONE 🙄”)

The Rise and Fall of the Co-ops. The Bronx cooperative was a communist utopia, until it wasn’t.

When Did Charities Become The New People Magazine Cover Reveal?

One Day at a Time Gone for Good: Efforts to Find a New Home for Beloved Comedy Fail. Of most relevance:

“Sony and ViacomCBS had been in talks to renew the comedy for a fifth season on streamer CBS All Access. That deal was stymied by contractual limitations that were part of the show’s original Netflix deal, which limited when another streaming platform could run the series. Netflix would have had to sign off on a rival streamer reviving the series starring Justina Machado and Rita Moreno.

The goal, per sources, would have been for CBS All Access to air a fifth season in 2021. That would have been a year earlier than Netflix’s pact for the series allowed.”

I will never — and I mean never forgive Netflix for this. Such cruelty! If they aren’t going to stream new episodes of the series, and CBS wasn’t asking for the old Netflix ones in syndication, then why care if new episodes are streamed someplace else? Especially with less than year left on its exclusivity period? Just let it be free! (I wrote a memorial for One Day at a Time the first time it was cancelled, and it’s more timely than ever tonight: “We will keep moving, we will go harder, we will keep celebrating. The fight for representation on television – for women, for queer folks, for Latinxs – is very far from being over. While we gear up for what comes next, we’ll raise our flags and dance loudly in the streets. It’s what Abuelita Lydia would’ve wanted.”)

OK — this is actually too dope for words: 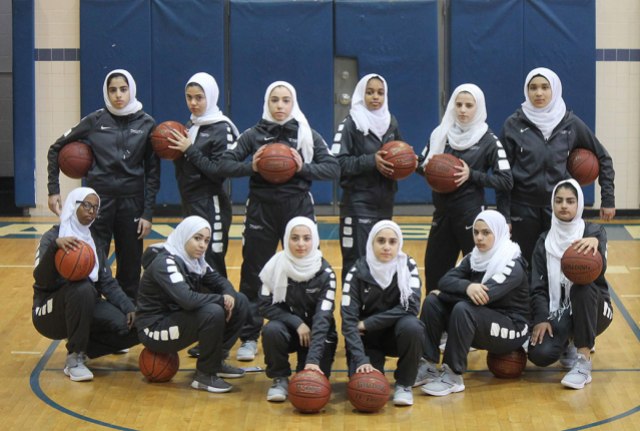 The Salam School Stars Are Bigger Than Basketball, meet the all-Muslim girls’ team from Milwaukee that’s challenging gender-norms within their community—and winning a lot along the way.

And I mean, VERY bad news.