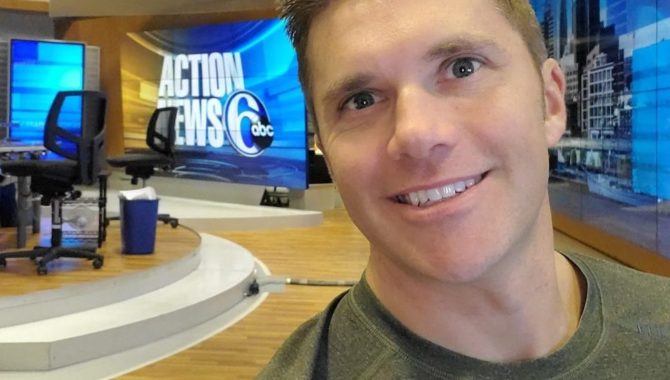 Beloved Philadelphia meteorologist Adam Joseph is using his platform to speak out against the FDA’s discriminatory policy against gay and bisexual men donating blood.

“I want to help everyone as much as I can but someone is telling me I can’t because I am living the life I was born to live,” Joseph told Philadelphia health reporter Ali Gorman in a segment that aired yesterday.

Joseph has been in a monogamous relationship with his partner, Karl, for the last 12 years. The couple has two children together and live no differently than the average hetero couple.

“We look at our life with our two kids, yes we’re two dads, but we’re living a life like any other straight couple,” he said. “You know, we don’t go outside our marriage, we live happily together.”

Related: This hunky gay meteorologist is showing off his home workout routine and so much more

But they’re not allowed to give blood because of a 1983 policy that put a lifetime ban on gay or bisexual men giving blood due to the AIDS epidemic.

The restrictions were loosened in 2015 when the FDA announced gay or bisexual men could donate if they didn’t have sex with another man for 12 months. Last year, the time period was reduced to three months due to the pandemic.

As Joseph continues to raise awareness to the discriminatory and nonsensical ban, he is encouraging those who can give blood to do so.

“It can save so many lives,” he said. “Do it for me until I can walk in those doors and do it for all of you.”