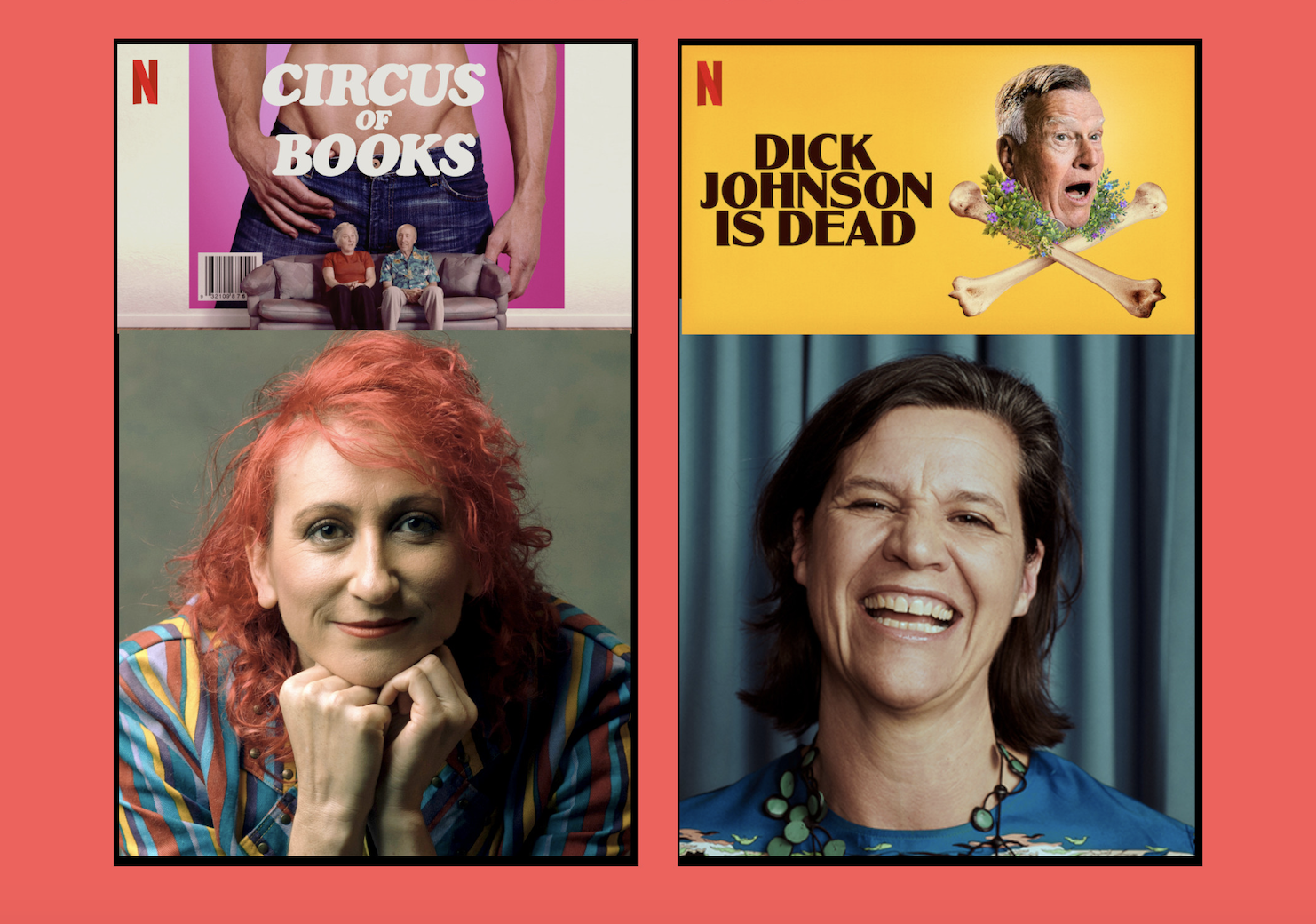 Kirsten Johnson and Rachel Mason may find themselves pitted against one another on the Oscars shortlist for ‘Documentary’, but the two filmmakers are anything but competitors.

With a record number of films competing in the Best Documentary category, Kirsten Johnson is a documentary veteran whose groundbreaking film “Cameraperson” set the stage for her powerful Netflix Original film “Dick Johnson is Dead” to be a frontrunner. But one of the biggest dark horses to unexpectedly join the ranks of the top docs is the family-porn-store gem (and Queerties nominee!) “Circus of Books,” from artist turned filmmaker, Rachel Mason.

The film-makers got together for the first time via zoom. Rachel Mason said of the meeting, “This amazing conversation with Kirsten was so revelatory, because what started about filmmaking processes between two creators ended up being all about our mothers. What I took away from Kirsten on this was to learn to be empathetic with the generation of women who came before us, because sacrificing all of their aspirations was a basic social requirement for them.”

We are proud to share the work of two of the most powerful LGBTQ female voices in the race.