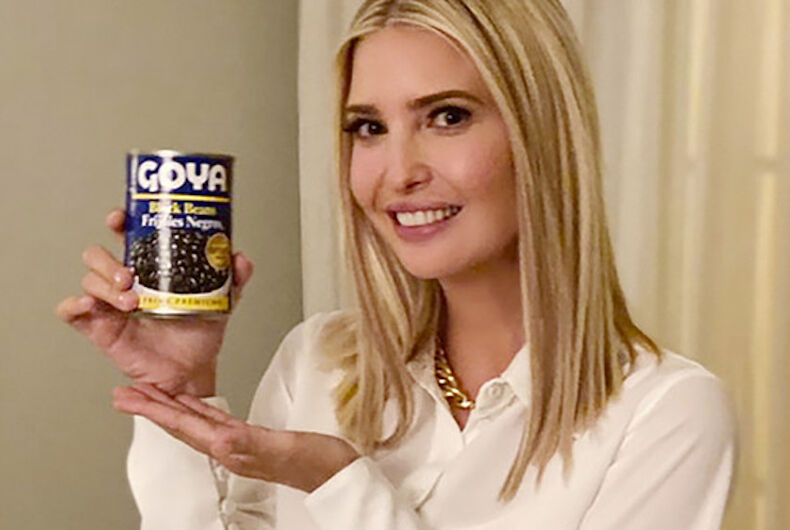 What’s an entitled couple to do after they’ve wreaked havoc on democracy?

If you’re Ivanka Trump and Jared Kushner, the options may seem limited. After all, between Jared’s role in the administration’s disastrous COVID response and Ivanka’s consideration of Trump rioters as “American patriots,” the couple haven’t exactly burnished their resumes or social credentials.

They are well aware of the dilemma they face. Ivanka is reportedly in a “panic” that the Trump insurrection has harmed her political prospects. She had hoped to become the first female president, apparently on the premise that the the presidency should be a family business. The mob of Trump supporters storming the Capitol vaporized those dreams.

The Trump brand is so toxic right now that everyone, from the Professional Golf Association (PGA) to the City of New York, is tripping over themselves to sever ties with it.

But all is not lost. There’s plenty that Jared and Ivanka can do to keep in the public eye and earn money, the overriding goal of any Trump family member. Here are some suggestions:

Life with Javanka! It’s an opportunity to show the human side of being fabulously wealthy and utterly clueless. Viewers can sympathize with Jared’s struggles to build a mansion on their 30-acre Florida estate, or Ivanka’s battles with stepmother Melania.

Besides, reality shows run in the family. We wouldn’t have had President Donald Trump without The Apprentice.

Remember how Ivanka violated federal ethics rules by endorsing Goya products after the food company’s CEO supported her dad? Maybe that was just her debut as the company’s spokesmodel.

After all, nothing says authentic Latin food more than a multi-millionaire blonde whose father is a racist.

3. Remake The Picture of Dorian Gray.

Oscar Wilde wrote this story about a portrait that shows all the depravity of the title character while the character remains ageless.

Jared is perfect for a new movie version. Gray’s narcissism of the character would come naturally to him, to say nothing of his dipped-in-plastic look.

Ivanka’s clothing line went down in flames after retailers dropped it because of her father’s policies. But there’s still a market among Trump supporters.

How about reviving the line, but tailored to insurrectionists? High-fashion militia gear could be the next big thing, and Ivanka can have the field all to herself.

Right-wing figures make buckets of money hawking questionable products. The folks behind milk thistle extract had to settle for disgraced gay provocateur Milo Yiannopoulos to sing its praises as a kidney cleanser.

Luckily, Jared and Ivanka are much bigger names. If the milk thistle gig isn’t available, there are plenty of others, such as Jim Bakker’s Silver Solution or, even better, MyPillows made by fellow election denialist Mike Liddell.

As a fabulously wealthy couple, Jared and Ivanka can sell their services to others who want to be reach their heights. There are two problems with this opportunity, however.

The first is that step one of their program is to be born rich. The second is that the Trump financial empire is teetering on the edge of disaster, so this chance would only be available for a short time.

The news that Secret Service agents were banned from using the bathrooms in the “Javanka” D.C. residence may have looked like one last PR disaster for the couple. But actually, it’s a job opening.

Can’t you see the couple proclaiming the merits of Imodium? For other people, of course. “When you really don’t need them to go…”

It’s a natural for the pair.