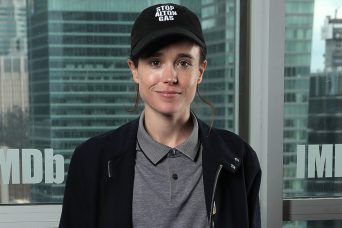 “Hi friends, I want to share with you that I am trans, my pronouns are he/they and my name is Elliot. I feel lucky to be writing this. To be here. To have arrived at this place in my life,” he wrote.

“I can’t begin to express how remarkable it feels to finally love who I am enough to pursue my authentic self. I’ve been endlessly inspired by so many in the trans community,” he said. “Thank you for your courage, your generosity and ceaselessly working to make this world a more inclusive and compassionate place. I will offer whatever support I can and continue to strive for a more loving and equal society.”

Welcome to the world, Elliot! 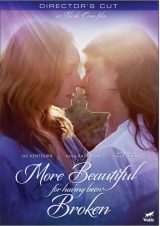 Nicole Conn, director and writer of classic romances including A PERFECT ENDING, ELENA UNDONE and CLAIRE OF THE MOON presents her most personal new film MORE BEAUTIFUL FOR HAVING BEEN BROKEN. McKenzie (Zoë Ventoura), a broken FBI agent who’s been suspended from her job and is struggling with the loss of her mother, travels to Lake Mervielle, the small mountain town she used to visit as a child. Upon arrival, she is befriended by Freddie (Cale Ferrin), a young boy with special needs who possesses the extraordinary gift of healing others through his unbroken spirit and unique outlook on life. Though McKenzie is hurting, she begins to see through Freddie’s eyes as the puzzle pieces fall into place when she meets Samantha (Kayla Radomski), Freddie’s mother. McKenzie and Samantha develop an unexpected relationship that turns fiercely passionate and intimate. When Vivienne (Harley Jane Kozak), a former Congresswoman with roots established in Mervielle, threatens to expose McKenzie’s past, will Freddie and Samantha be able to keep the family they always dreamed of? MORE BEAUTIFUL FOR HAVING BEEN BROKEN also stars Bruce Davison (Academy Award Nominee- Longtime Companion), French Stewart (3rd Rock From The Sun) and Brooke Elliott (Drop Dead Diva).

Bonus Material on the DVD will include four behind-the-scenes featurettes and deleted scenes. Order today!

*ONLY AVAILABLE IN THE UNITED STATES*

Awkward, self-conscious Adam Freeman (Nicholas Alexander) has just finished his junior year of high school in 2006. When his cool older sister Casey (Margaret Qualley) suggests he visit her in New York for the Summer, Adam has visions of meeting a girl and finally gaining some actual life experience. The fantasy doesn’t materialize exactly as expected. Casey has enthusiastically embraced life amidst Brooklyn’s young LGBTQ community and invites Adam to tag along with her to queer bars, marriage equality rallies and other happenings. When Adam falls at first sight for Gillian (Bobbi Salvör Menuez), a smart, beautiful young woman in this new crowd, she mistakenly assumes he is trans. Flummoxed and enamored, he haplessly goes along with her assumption, resulting in an increasingly complex comedy – and tragedy – of errors he’s ill-equipped to navigate.

“A step forward in representation.” – The Hollywood Reporter

“Spirited turns by numerous trans performers who lay it all out.” – Variety

“A charming, timely rom-com.” – The Playlist

What happens when you fall in love with your best friend? Seventeen year old boarding school pupil Paula is secretly in love with her friend Charlotte. But Charlotte’s going out with Michael. Lovelorn, Paula decides to try and take her mind off things by getting involved with schoolmate Tim, whose feelings for her are genuine. And then there’s Lilli, who is just dying for someone to fancy her and tries to play the wild seductress. Paula must decide if she wants to follow her own feelings or yield to other people’s.

In their mid-30s, Eva (Oona Chaplin) and Kat’s (Natalia Tena) humble, yet carefree, lifestyle in their London canal boat gets turned upside down when Eva presents Kat with an ultimatum: she wants a child. Kat resists, knowing that it will end the bohemian lifestyle she’s always envisaged with Eva. When Kat’s best friend, Roger (David Verdaguer), drops in from Barcelona to party with the ladies, however, the three of them toy around with the idea of creating a baby together. Forced into a corner, Kat sees no other way out but to say yes. Surprisingly, their offbeat DIY fertilization process is actually successful. As Eva enjoys her pregnancy and Roger fantasizes about his role in his new family, Kat feels like the third wheel and begins distancing herself. When Eva has an unexpected miscarriage, the group’s true feelings are laid bare, leading Eva and Kat to break up while Roger prepares to go back to Barcelona.

The three soon realize, however, that they can’t survive without one another, and a new journey begins to build a family.

Sid (Debargo Sanyal) is under pressure to marry a nice Indian girl and raise a family. Sid’s “Mamaji” (Zena Daruwalla) yearns to have grandchildren. Her dreams are about to come true, but not in the way she could’ve ever imagined…

When Sid comes out as a woman, a fourteen year old boy named RALPH (Jamie Mayers) shows up at her door announcing that Sid is his dad. Ralph, surprised to discover that his biological father is now a woman, thinks having a transgender parent is “pretty cool”. But Ralph hasn’t told his mother and stepfather that he’s tracked her down. And then there is Sid’s boyfriend DANIEL (Pierre-Yves Cardinal) who has yet to tell his family of his relationship with Sid. Daniel is nowhere near ready to accept Ralph as a step son and complicate his life further.

Sid’s coming out has a snowball effect that forces everyone out of the closet and to get real. What happens when gender, generations and cultures collide to create a truly modern family?

“Culture-crossing comedy with a transgender twist.” – The Georgia Straight

“Russian Doll” is a female-driven, sexy, edgy crime thriller. The story begins when a young woman discovers a murder plot and calls 911. But moments into the phone call, she is attacked and abducted.

The investigation into her disappearance leads Police Detective Viola Ames to interrogate the cast and crew of a local theater company. What Viola doesn’t know is that one of the people she questions is days from committing a long-planned murder.

Meanwhile, Viola meets a beautiful woman named Faith who unexpectedly provides a vital clue to the case, and who also forces Viola to confront the grief she has suppressed from her wife’s death of almost two years ago.

It’s a story filled with passion, violence, and suspense, where everyone is hiding something. Watch now at WolfeVideo.com. 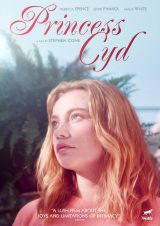 PRINCESS CYD follows 16-year-old athlete Cyd Loughlin (Jessie Pinnick) while visiting her novelist aunt (Rebecca Spence) in Chicago over the summer. Eager to escape life with her depressive single father, Cyd falls for a girl in the neighborhood, while she and her aunt gently challenge each other in the realms of sex and spirit. 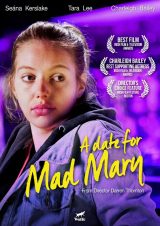 A DATE FOR MAD MARY tells the story of ‘Mad’ Mary McArdle returning to her small Irish home town after a short spell in prison – for something she’d rather forget. But everything and everyone seems different. Her best friend, Charlene, is about to get married and Mary is maid of honor. When Charlene refuses Mary a ‘plus one’ on the grounds that she probably couldn’t find a date, Mary becomes determined to prove her wrong. Her attempts at dating are a disaster and she winds up feeling more alone… until she meets Jess – the lesbian wedding photographer – and everything changes.

It is a tough and tender story about friendship, first love, and letting go of the glory days, starring Seána Kerslake (Can’t Cope/Won’t Cope, The Lobster), Tara Lee (Raw, The Fall) and Charleigh Bailey.

Available in USA only.

PARCHED is an inspirational drama about women set in the heart of parched rural landscape of Gujarat, India. It traces the bittersweet tale of four ordinary women: traditional Rani, a young widow; lively Lajjo, who lives in an abusive marriage; outcast Bijli, a dancer and prostitute who becomes friends with Rani and Lajjo; and Janaki, a young teenager in a miserable arranged marriage to Rani’s son Gulab.

We see the friends unapologetically talk about men, sex and life as they struggle with their individual boundaries and their inner demons. Gradually, they begin question the century-old traditions that have kept them locked in servitude. One fateful night, the women come together and take a bold step that will change the trajectory of their lives.

*Please note: This title is not specifically lesbian, but an amazing story of women finding empowerment through their bonds with each other. We know you will enjoy it.

“A burning source of inspiration to oppressed women everywhere. . . filmmaking heroism at its most effective.” – AwardsCircuit.com

“Should resonate with audiences worldwide.”  – Variety

“One of the most honest, uncompromising portrayals of female friendship I’ve ever seen on screen.” – Broadly