Spice Girls legend Mel C has said that she used to “wish she was a lesbian” and that she feels “very much a part” of the LGBT+ community.

The singer faced persistent speculation in the early years of her career that she was secretly a lesbian – and she has now told Closer magazine that she didn’t mind people thinking she was queer.

Mel C, who has been in a relationship with Joe Marshall for almost six years, said she “never gave much thought” to her sexuality.

“I have friends who have only got to know me later on and they’re like, ‘There was no question in my mind that you were a lesbian,’” Mel C said.

She continued: “I work a lot with the LGBTQ+ community and I very much feel part of that community, even though I don’t fit into any of those labels.

“But, I really don’t mind being called a lesbian. There have been times in my life where I’ve thought, ‘I wish I was a lesbian.’”

Spice Girls icon Mel C is ‘very proud’ to be an ally to the LGBT+ community.

Mel C has been a longtime LGBT+ ally, and told NME in October of last year that she is “very proud” to support the trans community.

In the interview, Mel C revealed that touring with drag troupe Sink The Pink had been a “phenomenal experience” that taught her a lot about being an ally.

“I knew it would be fun, but I never expected it to affect me as much as it did,” she said.

“Being an ally to the LGBT+ community is important and rewarding. Being accepted into their world, I learned so much about their struggle, and I just admire that courage to be who you truly are – which was always the message of the Spice Girls.”

She added: “The great thing I learned working with non-binary people is to see people as people and not as a gender, which is really hard because we’re conditioned. When you first look at someone, you think, ‘There’s a tall white guy or short Black girl,’ or whatever. Take away the gender, and we all want the same things, don’t we?” 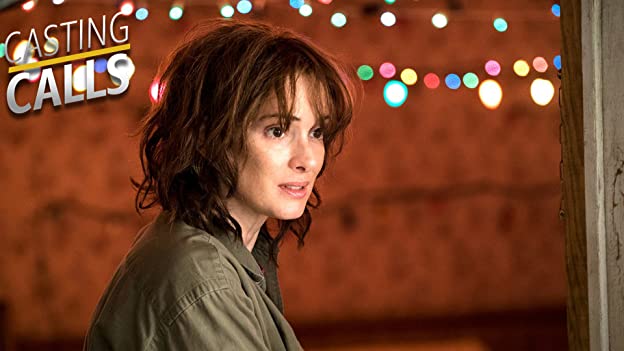 Stranger Things and Beetlejuice actress Winona Ryder has shared an unfond memory of fellow actor/director Mel Gibson, claiming that she once witnessed him hurl antisemitic and homophobic remarks during a party.

Ryder recalled to The Sunday Times her experience as a Jewish woman in Hollywood, and how studio bosses–including one who is Jewish himself–would scrutinize her looks, deciding if she looked too Semitic for a role. She also recalled her unpleasant encounter with Gibson.

“We were at a crowded party with one of my good friends,” Ryder said. “And Mel Gibson was smoking a cigar, and we’re all talking and he said to my friend, who’s gay, ‘Oh wait, am I gonna get AIDS?’ And then something came up about Jews, and he said, ‘You’re not an oven dodger, are you?’”

Ryder also claims Gibson tried to apologize after the exchange.

Oscar-winner Mel Gibson has long come under fire for a history of antisemitic, homophobic and misogynistic remarks. In 2006, leaked audio of the actor during a DUI arrest went viral, notably for calling a female police officer “sugar t*ts” and saying “Jews are responsible for all the wars in the world.” In 1991, the actor made homophobic remarks to the Spanish publication El Pais for which he later refused to apologize. Gibson’s films Braveheart and The Passion of the Christ have also come under fire for homophobia, with the latter also coming under extreme fire for anti-Jewish stereotypes.