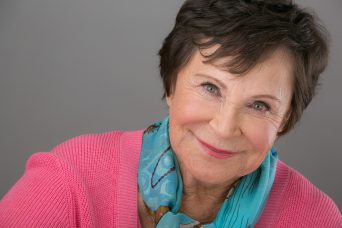 An 86-year-old stand-up comedian’s lifelong journey from prudish Bostonian to scandalous Parisienne, and beyond…

D’yan Forest has always done things her way – or her ways, because she’s lived a dozen different lives. She’s been a desperate Boston housewife, a New York night-club singer and a Paris swinger. She’s been the only Jewish girl in a Christian choir and the female pianist. She had day jobs teaching basketball, piano and sex education. She dated Paris’s second-ever female bus driver, a transsexualrock guitarist and a defrocked nun. She also managed to get German friends to visit Nazi concentration camps, on her personal quest to understand why her European relatives were massacred.At 86, D’yan is still a working stand-up comedian and musician, but she’s much, much more than that, as this hilarious but heartfelt memoir reveals… Written by D’yan Forest with Stephen Clarke, bestselling British author of books like 1,000 Years of Annoying the French and A Year in the Merde, and co-writer of D’yan’s latest stage show, Swingin’ on the Seine.

Please enjoy an excerpt from her Memoir I Did It My Ways.

It was in 1983 that I met Nell the nun. She had just moved to Southampton, Long Island, after divorcing her husband (yes, some nuns have husbands).

Maybe I need to give you some background.

I was interviewed for an article in one of the Hamptons’ newspapers, and the writer, a lesbian friend called Artemis, came over to my apartment in the Village with the newspaper to show me. She phoned ahead and asked if it was OK to bring a friend with her.

“She just arrived from Puerto Rico.”

“Great, a ray of tropical sunshine!”

“Well, she’s not from Puerto Rico. She was just living there. She’s from Long Island.”

“A nun?” Even less exciting. I guessed Artemis was dragging this friend around to liven her up a bit after all those years in a convent. “Bring her over. What’s her name?”

It turned out, though, that I was wrong to be pessimistic. Nell was lively, lovely, a lot of fun, and cute.

We all went out for lunch in the Village, and Nell gave me an edited version of her life story.

“I put on the cowl just after high school,” she explained, while tucking into a grilled cheese sandwich and a mug of beer. This former nun clearly enjoyed the pleasures of life. “It was a Catholic school,” she said, “and I’m pretty sure the principal got a bonus for every girl she turned into a novice. She convinced me to sign up by telling me the convent would put me through college for free— – which they did, except as well as studying, I had to cook and clean all day for the ‘qualified’ nuns. They kept telling me, cleanliness is next to Godliness, but in my case, it was next to slavery.”

We laughed at Nell’s ironic take on nunnery, but this wasn’t the worst of it.

“Every Saturday,” she said, “they made us novices join in flagellation sessions.”

“Flagellation?” I’d heard the word before, but only in Parisian sex clubs.

“Yes. The nuns used to lock us novices in a room decorated with nothing except a painting of the Virgin Mary looking sorry for us. And we’d have to stand in a circle, lift up our habits and whip our naked backs with a thin metal chain.”

“Did you get thrown out of the convent?” I asked.

“No, the Mother Superior offered me missionary work in Puerto Rico. I didn’t think I’d be good at converting other people, but I accepted. Maybe I misunderstood what they meant by giving me ‘a missionary position’.”

D’yan Forest’s writing has been featured on Huffington Post, Gay Star News and Frenchly US. She has performed professionally as a comedienne, storyteller, musician, and cabaret artist since the 1960’s with regular performances in Paris and New York. She has performed her cabaret and solo-shows, I Married a Nun, Swinging on the Seine, A Broad Abroad, among others, all over the world with notable performances in New York City, Orlando, San Diego, Phoenix, Greece, Israel, Paris, and at the Edinburgh Fringe Festival. D’yan started performing stand-up in her 60’s (after 9/11) because she wanted to bring more laughter to the world. She performs (with her ukulele) regularly in Paris and at The Gotham Comedy Club in NYC. She even did a stand-up set in Ethiopia when she traveled there a few years ago. Forest lives by the mottos “love has no age”, and “I can rest when I’m dead. There’s too many new things to experience and explore.”

To find out more about D’yan Forest, please visit www.dyanforest.com