The Royal Monastery of Brou • Travel with Mei and Kerstin

From afar, we spotted the glitter of the Royal Monastery of Brou’s glazed patterned roof tiles. Its burgundy, terracotta and emerald mosaic gleaming in the July sunshine.

I pulled over at the next intersection and found an empty spot under a sycamore. – Here we are! Mei shot me a smile, then grabbed her mask and climbed out of the car. We crossed a huge lawn towards the transept, then walked down to the apse to circle the church, marveling at the building’s sumptuous details. Only now did I notice the vastness of the nave. And only now did we realize the extent of the monastery.

A sign replete with Covid-19 recommendations lead us to the entrance of the monastic buildings, adjacent to the portal of the church. Wow! This is really a flamboyant Gothic masterpiece! Mei stepped back a few meters to catch a better view of the whole façade.

When we entered the church, it was empty. Not a soul lingered in the aisles nor in the choir. The rhythmic succession of pointed arches led us past fluted pilasters and profusely decorated stained glass windows. I suddenly stopped in my tracks. The iconography I was looking at seemed familiar and a bit void of religious essence. A couple was kneeling and facing each other. On the inscription on the banderol, I read: “Fortune infortune fort une”. “Both fortune and misfortune make a woman stronger”.

Now my interest was sparked, for this was not a typical monastery! Clearly, a story was lurking behind these stones; and a woman played a role in it. I walked to the choir and couldn’t find a display of an Ecce homo nor of a sculpture of Christ bleeding on the cross. But there were three tombs.

Protected in a niche, a recumbent statue of Margaret of Bourbon was tilting her head to the right, towards the center. I found this quite intriguing. Who was the subject of her eternal adoration? I moved closer to the central tomb, where I found two recumbent statues, one above the other. The upper one seemed almost alive, dressed in ceremonial attire with a sword, a feathered helmet and a discreet crown delicately placed on his head. I read the inscription: Philibert II, Duke of Savoy, also known as Philibert le Beau.

The name unlocked a treasure hidden deep inside my brain. I searched and searched… and history lessons from the past slowly unfolded in my mind: the siècle d’or – the Golden Age, the rivalry between Spain and France… I looked at the lower statue of the central tomb. There, the duke was clearly dead, stripped of all its glory and almost naked. Just like on the upper statue, Philibert’s eyes were turning towards the third tomb. There were also two recumbent statues displayed on two levels. However, those are female effigies.

Mei whispered in my ear: – that is Margaret of Austria, Philibert le Beau’s wife. – So, wait! Then who was Margaret of Bourbon, the one who’s looking at Philibert? – His mother! – So, the mother is looking at her son, who has been contemplating his wife for five hundred years!? This representation of conjugal love moved me. Mei gifted me with a smile, her way of showing me her bemusement of my lurking but secret romanticism.

Suddenly, the foggy curtain of my academic studies lifted. It all came back at once. Of course! How could I have forgotten about this? I ignored the anger that was stirring up inside me and turned to the last tomb, where Margaret of Austria was locking eyes with her lost love. She was a young widow and could not forget the three years of marriage she shared with Philibert. Unlike most of her contemporaries, she did not choose to share a tomb with her husband, but instead opted for this display of eternal longing. I could not help but admire her subtlety.

She had wanted all effigies to be depicted as life-size statues. And surrounded by lovers’ knots binding Margaret and Philibert’s monograms together. She herself was portraited as a regal duchess on the upper level. But very simple on the lower one, with her hair untied and loosely draped around her shoulders. Her head was gently inclined toward Philibert’s tomb.

In the first part of the monastery, we learned more about the fascinating project of this monument. The Royal Monastery of Brou was in fact commissioned by Margaret of Austria. Born in 1480, she was the only daughter of Maximilian of Austria, also known as the Holy Roman Emperor. Margaret was first engaged to Charles, the son of King Louis XI of France, when she was only three years old (!). Her whole education was refined, polished and oriented to prepare her for her future role as Queen of France. But her fiancé chose a different wife eleven years after the engagement. So, Margaret was left hurt and mocked.

Her father then started negotiating with Queen Isabella I of Castile and King Ferdinand II of Aragon. Their only son John should be wed to Margaret. She embarked on a ship to reach Spain in 1496, but it went all wrong. During the crossing, the ship hit a storm. In a hurry, facing death, Margaret drafted her own epitaph:

“Here lies Margaret, the willing bride,
Twice married – but a virgin when she died.”

Margaret of Austria survived the storm and married prince John a year later. The marriage however lasted only about six months, as her husband suddenly died of fever. She was pregnant but gave birth to a stillborn daughter shortly afterwards. Without a husband and an heir, her role was once again threatened.

In 1501, she finally married Philibert II, Duke of Savoy. This time, everything seemed to work well: the newly wedded couple immediately fell in love with each other. And it was the happiest time of Margaret’s life, as she would point out in her later correspondence with the great minds of the European courts. But Philibert died of pleurisy in 1504, only three years after their wedding. At that time, Margaret of Austria was only 24 years old. Widowed and heartbroken, she tried to commit suicide by jumping out of a window but was saved. She then considered taking religious vows for a while, but finally ended up with another – much better idea. She decided to build a monastery on the outskirts of Bourg-en-Bresse as the final resting place for Philibert and herself. The construction project of the Royal Monastery of Brou was thus launched in 1505.

During the construction works of the monastery, Margaret kept working. She became regent of the Netherlands in 1506. And took care of the education of her nephew Charles, who later became the great emperor Charles V. Margaret was known as a patron of the arts and appointed the best architects and artists of her time to build the Royal Monastery of Brou. She also possessed an impressive library with books ranging from ethical treaties to poetry. Her court was visited by many renowned humanists such as Erasmus, Adrian of Utrecht and Heinrich Cornelius Agrippa.

When we crossed the second cloister of the monastery towards the first floor, which now hosts a museum of fine and decorative art of Bourg-en-Bresse, we both had to agree that Margaret of Austria’s reign was one that was marked by love. Love for her family, love for her nephew and nieces which she helped raise. And above all, love for her husband Philibert. She dressed as a widow for half of her life and categorically refused to remarry after Philibert’s death. In the end, the lovers reunited in death inside the sumptuous Royal Monastery of Brou. More than a simple monastery, it’s a temple of eternal love. 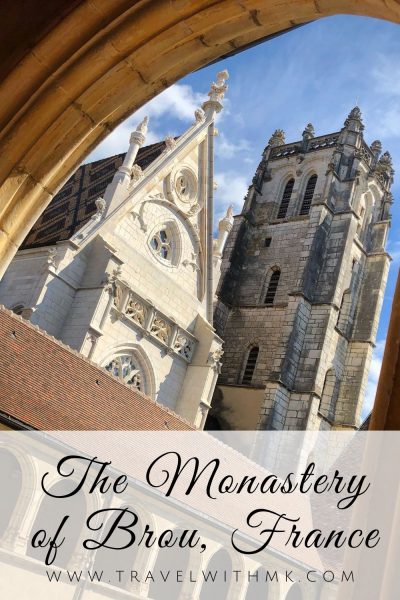 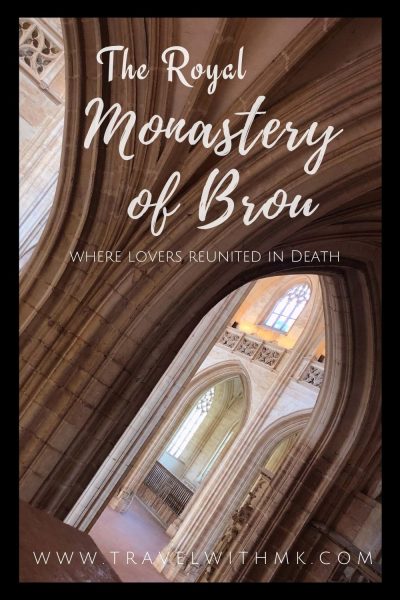